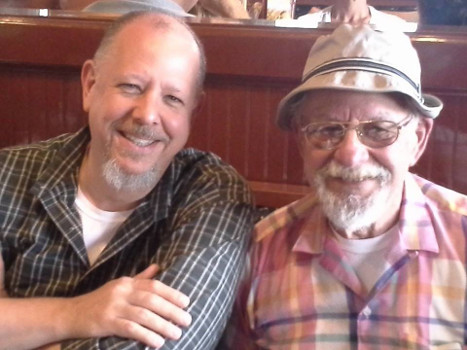 In January of 2016, my dad had a stroke. He got better, but the stroke sped up the symptoms of dementia that were already there. In the blink of an eye, Dad went from being independent and capable to being unable to handle some pretty fundamental tasks. And in addition to worrying about his health, I was faced with the daunting task of making sure his bills got paid on time.

It literally took a year to get a handle on it all. Mainly that meant monitoring his mail to look for some new bill or statement to arrive and adding to an ever-growing list.

At some point I realized that if something happened to me, my family would be in the same boat. And it turned out that many of my friends had similar experiences – an unexpected injury or illness to a family member or friend meant that they had to scramble to make keep the routine matters of life going while the person was recovering.

Vörvault is more than a business. It’s about taking care of people when they most need help. It’s about letting everyone know how one seemingly simple thing can make such a big difference for their family, and then helping them get it done.

We provide tools, guidance, and support to help you record the information your family will need to take care of the routine, administrative aspects of life if something happens to take you out of the game for a while.

Why we do it

My wish for you is that you savor the time spent with the people you love! Live fully, experience everything life has to offer, but plan wisely. You never know when something could happen to you or the people closest to you.

If something happens to you, it will be a shock to your family. I know from experience that after the shock and concern, reality sets in. Bills need to be paid. Money needs to be managed. People need to be contacted. You can’t avoid the risks that come with living, but you can take steps to help ease the burden.